The unavoidable nature of OneDrive for Business conflicts

Conflict is, in many ways, a central feature of the workplace – from the negative (pay disputes, power struggles, bullying, poor performance) to the positive (collaboration, idea development, honesty and discourse). However, when we normally mention conflict it comes with negative connotations – and is therefore something most people are keen to avoid.

But that is something more easily said than done when it comes to Microsoft’s OneDrive for Business platform, where conflicting copies of documents quickly pile up within large organisations. Fortunately, there is one way you can attempt to avoid such conflicts occurring in your business.

Document versioning in SharePoint is an aid for when several people are working together on projects, and information transitions through multiple stages of development and review. As content and documents are revised, versioning allows for close management of any changes that occur. Separate versions of documents are created and stored every time a different user makes changes, with the option to revert to previous versions further down the line. The issues arise when we’re working on the move – something becoming more and more relevant in today’s enterprise. 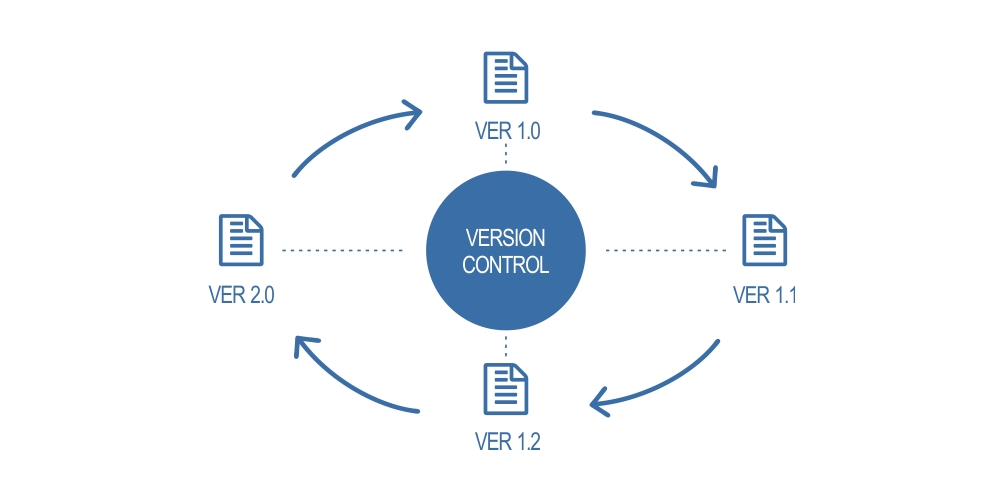 The process of emailing document versions across your company for everyone to add their input is a dated system of collaborating. In fact, it’s the reason OneDrive for Business was created as a file synchronisation platform – files would automatically sync changes so we didn’t have to worry about previous versions. And yet the OneDrive for Business client creates conflicts that you can easily avoid with document versioning.

Microsoft seem guilty of taking two steps forwards and one step back – users are reverting to a dated form of document collaboration because the current one simply creates too much confusion.

Perhaps, then, I should refine my opening statement of this blog. Some conflicts, no matter how much you try, are unavoidable. As the Buddhist philosopher, educator and author Daisaku Ikeda once said:

“When human beings live together, conflict is inevitable. War is not.”

It’s a statement with far more substance that my original claim. The point being, if you want to commit to the cloud fully – which is the only way you can attain the benefits of cloud-based collaboration – through your OneDrive for Business sync client, then…

I have met many people who complain of encountering conflicts when using OneDrive for Business. The last time I found someone that managed to avoid them was because they instead had problems with document versioning – which gave me the idea for this post. I suppose what I’m trying to say, is this:

If you aren’t getting conflicts in OneDrive for Business, you are not managing collaboration and versioning correctly. And as counter-intuitive as it sounds, this is the truth.

If you wish to use the full power of cloud computing correctly, you should commit all your files to the cloud and collaborate from the cloud. This makes the process of document versioning automatic, but getting conflicts becomes a natural consequence.

The good news is, you don’t have to continue to fight the good fight against OneDrive for Business and conflicting copies. The latter half of Ikeda’s quote “conflict is inevitable. War is not” is key here. We always have a choice as to how we deal with conflict. Software that can manage conflicting documents with ease can help.

Easier365 – used and trusted by the Ministry of Defence under the product name Revelation – manages OneDrive for Business conflicts in a number of ways.

For large organisations in particular, conflicts can quickly pile up across the entirety of your synchronised libraries. Whereas with OneDrive for Business and its lack of a real interface this would cause problems, Easier365 has its own Conflicts Tab where you can find all your conflicted files and resolve them in your own time.

Let’s say you have made a minor formatting change but have then decided your update was of no importance. ‘Remove’ will tell the software to ‘forget’ the conflict, instead letting the overwrite prevail. The ‘Remove All’ button will do the same for every conflict in the list.

This feature allows you to merge your offline documents to remove the conflict, merging the downloaded file with the file that it had previously overwritten – retaining the merged file in the local folder and uploading the file to SharePoint. Obviously, this option will only make sense if you expect the changes made by yourself and others to be on different sections of a document.

Not sure what changes were made to a document? ‘Compare’ will open a document, for example in Word, and display the two sets of changes using Word’s track changes option. Once you have finished reviewing a document and accepted or rejected changes made, the version saved will become the local version and will also be uploaded to SharePoint. If you don’t like the result and want to change your mind, the original local file will be retained in your local versions and the original downloaded file will be in SharePoint versions.

You can trial Easier 365 completely free for 30 days and see how it can solve your file synchronisation woes. Give it a go, we promise you won’t be disappointed.